Mechanical Engineering at the Royal Military College of Canada 1876-2018 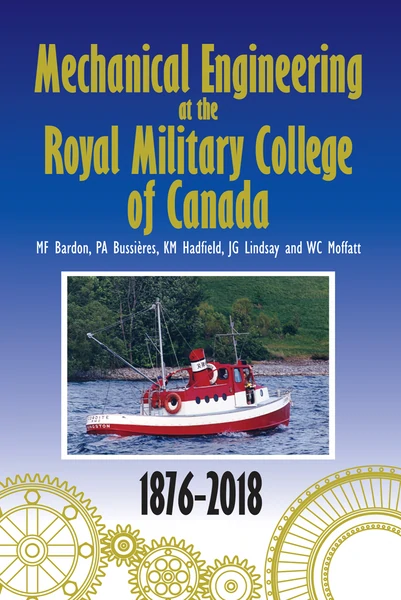 The book is a historical perspective on the Department of Mechanical and Aerospace Engineering of the Royal Military College of Canada, including its students, its staff and its programs. In addition to Mechanical Engineering the book also covers the Engineering and Management Program and the Aeronautical Engineering Program that were/are offered at RMC. The book features the annual class photographs of the departments’ graduates covering each of the three degree disciplines, starting from 1952. It also includes photos and brief descriptions of most of the professors, technicians and departmental administrative staff.

﻿Each chapter of the book covers a period of significance to the development of RMC and the department. Each provides a resumé of significant world events, Canadian political events, developments in the Canadian Forces and advances in technology that occurred in the period covered by the chapter. The chapters then go on to explain how the department and its programs evolved, as influenced by those contexts. The authors, Michael Bardon, Pierre Bussières, Kristin Hadfield, Graham Lindsay and Craig Moffatt, have brought to the book their experiences and perspectives as students, researchers, professors, department heads and deans.

Even if you have no direct affiliation with the department, the book still provides an interesting description of the development of technology, engineering and engineering education in Canada, as well as infrastructure changes at RMC, from before the College was created until the present.

The book can be purchased through the RMC Club here.

By MF Bardon and JG Lindsay 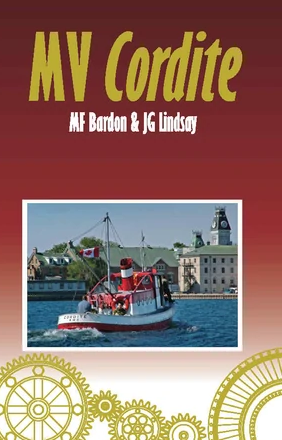 The MV Cordite occupies a unique place in the history of the Royal Military College of Canada. Designed and built by the staff of the Department of Mechanical Engineering in the mid-1950's, she continues, to this day, as a floating laboratory for staff and student projects.

Cordite was one of the first two all-welded-construction aluminum boats in Canada. She was built using a new process that made welding aluminum practical, more than a century after it had first become available as an engineering material.

This book tells the story of the design and construction of Cordite and highlights a few of the many activities in which she has participated since her launch in 1957. The story is supplemented with photographs, many of which were contributed by members and former members of the department, as well as some official DND photos drawn from the archives of the Department of Mechanical and Aerospace Engineering.

The book can be purchased through the RMC Club here.